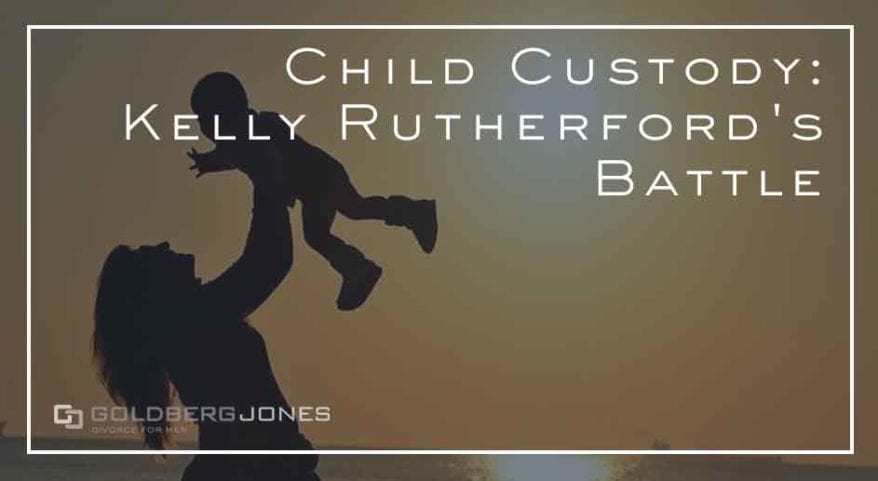 Kelly Rutherford has made a name for herself with her roles in Scream 3, Melrose Place, The Fugitive, and Gossip Girl. More recently, Rutherford has been in the news for her transatlantic battle over child custody.

The Rutherford-Giersch custody case began with Rutherford’s divorce from Daniel Giersch in 2009. In 2010 Giersch, a German born businessman, had his American visa revoked (details on the reasons for the revocation are unclear). Unable to remain in the United States, Giersch returned to Europe.

The child custody battle continued and was brought before Los Angeles judge, Theresa Beaudet of California Superior Court. While both parents were awarded joint child custody, the ability to equally divide time is challenging when both parents don’t reside on the same continent.

The deportation of Giersch and the awarding of joint custody created an interesting set of circumstances. Judge Beaudet ordered that the children relocate with their father to France, where Giersch is currently living.

This is an unusual decision because neither parent is a citizen of France, and relocation to Europe could be stressful for the children. To understand the decision better it is important to look under the proverbial hood and examine the moving parts influencing Beaudet’s judgment.

ABCnews.com is reporting that “Rutherford had not been totally forthcoming about her work schedule and that her fears of Giersch abducting the children had led her to fail to ‘demonstrate the level of commitment to facilitating the relationship (with their father) that would be required of a residential parent in a relocation situation’.”

Furthermore, Judge Beaudet blamed Rutherford’s team for contributing to the revocation of Giersch’s visa saying “he (Rutherford’s attorney) immediately took away one parent’s ability to be with his children. . . I must say the court never imagined that anything like what [former lawyer Mathew] Rich did would occur in this or any other case.”

What this boils down to is the judge viewed Rutherford’s actions as a lack of facilitating the children building a relationship with the father and in fact seemingly created obstacles to that relationship.

This appears to be a major consideration in the judge’s decision to flip the custody arrangement.

Bottom line is, the court expects both parents to not involve the children in the litigation and to take the high road by doing what they can to assist in the parental relationship with the other parent.

As can be seen from this case, if a judge believes one parent is trying to alienate the kids from the other parent, the presumption is that the long term effects of that parenting style would not be in the best interest of the children.