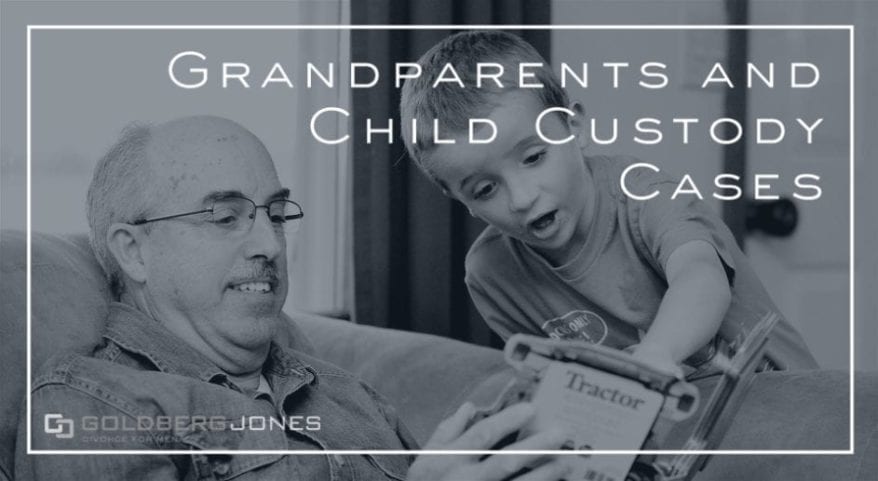 Most of the time, we think about custody and visitation issues as only involving parents. That’s how it goes most of the time. But grandparents also often play an integral part in raising children.

A parenting plan lays out the custody arrangement after a divorce or split. This document details where children live, when they see each parent, who they spend vacations with, which parent has specific decision-making responsibilities, and more. But what happens when neither parent abides by the parenting plan? Can grandparents step in to right the ship?

Our founding partner, Rick Jones, regularly stops by the Danny Bonaduce and Sarah Morning Show to answer listener questions. One recent caller finds himself in just this situation. His child divorced, but neither parent sticks to the parenting plan. What can he do? Does he have any options?

Take a listen to the call below to hear the Grandparent’s perspective:

Lee: “Our kids got legally divorced, she’s basically in control. Our concern is that neither one of them are following any of the instructions, court-ordered as far as anything other than spousal support and child support. What are we supposed to do, just stand by and watch it tumble?”

Danny: “I’m afraid there’s going to be bad news for you.”

Lee: “All of the visitation, time off, two weeks there, the one week here. Holidays, birthdays…”

“In the absence of a dispute, two people can play the game however they wish.  So because these are the two people, the only two people that have power and have this obligation within a parenting plan, there’s really no parenting plan enforcement if the two of them are choosing to live by it.

“So, my real question Lee, is obviously this is getting under your skin a little bit, is there something about it that you believe is harmful to the children, that there’s a need to step in as a grandparent?”

Lee: “There’s a sense of that, but I don’t want to push those buttons.”

Rick: “100% appreciate where you’re coming from, we hear from concerned grandparents all the time and there’s no doubt whose interest you’re protecting. Keep your ear to the tracks.  It doesn’t seem right, right now, but the questions you’ve got are good, and if there’s more concerns or specific concerns that arise, call somebody.”

Danny: “I’ve mentioned I’ve learned some things from Rick Jones–in spite of myself I’ve learned some things from Rick Jones–and early on, I learned that the state …has very little rights for the grandparents. You don’t get automatic rights like in some other states, a lot of other states, just because you’re the biological father and/or mother of the father and/or mother, that doesn’t give you any legal rights. I was shocked to learn that to be honest with you.”

If you have questions about divorce or custody, contact Goldberg Jones at our Portland office.