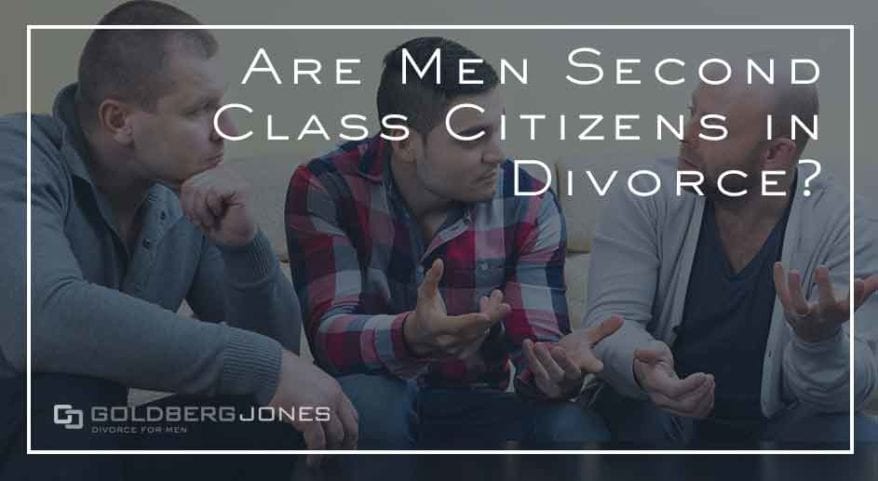 The Huffington Post ran a very interesting opinion piece this week on Men’s Rights and Family Law. The author, who is a divorce lawyer from St. Louis, believes that men’s right issues have been elevated to that of a civil rights crisis.

Our client has three kids in elementary school. He and his wife are equal on all common factors.

If ever there is a textbook example of granting 50-50 shared parenting time, this is it.  Yet the case has waged on for almost a year with no resolution because we have had to fight at every turn to overcome the presumption that Mom should have more time with the kids than Dad because, well, she’s Mom.”

The author attributes the bias towards women in the family law courts as an offshoot of the feminist movement. Essentially, he argues that because women have been able to carve out more equality in the workplace, they have also been able to get favoritism in the courtroom.

I find that argument unconvincing. Originally, children were considered property of the husband and they were almost always given to the father in custody disputes. The shift to favoring women in custody issues began at the turn in the 19th century and was based on the notion that children should be with their mother in the “tender years.”

It was a not as result of 1960’s. If anything, the feminist movement likely pushed the pendulum back towards men having some chance at custody by showing that women did not have to play the traditional home-keeper roll.

I expect that similar changes will come to child custody and divorce laws from as traditional family rolls are remade through same-sex marriage. Hopefully, those changes will be advantageous to straight fathers seeking custody as the courts are faced with couples who have no gender-based rolls.

Either way, I support the author’s rallying call. His example is not an uncommon tale. As a man facing a divorce, you really are looking at an up hill battle, which can be crippling without an experience attorney at your side.