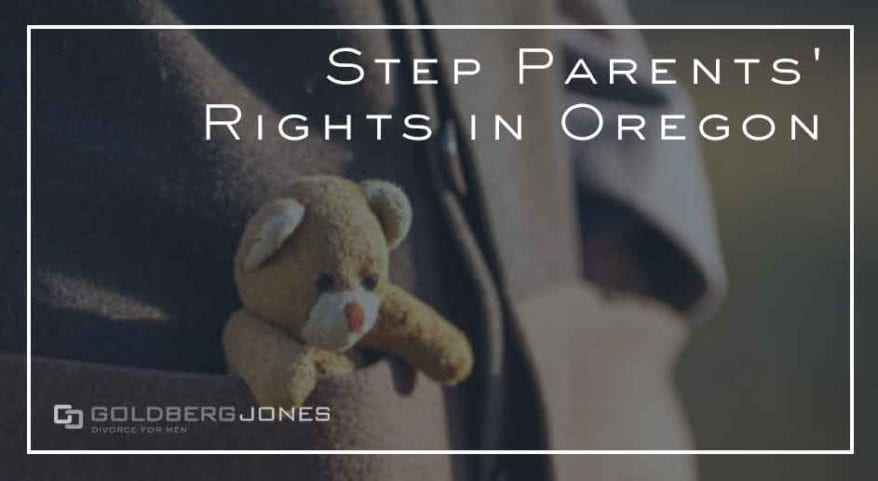 As common as divorce and remarriage are, the topic of step-parents comes up often in cases that involve children. More specifically, questions about step-parents’ rights and responsibilities frequently come up.

Step-parents often form deep emotional bonds with children who aren’t biologically theirs. It can be devastating to lose these. Children often face similar trauma, having developed a connection with an adult even though they may not be related by blood.

Unfortunately, this happens all too frequently.

In most cases, ending a marriage with the children’s parent usually means ending the relationship with the kids. That’s the unfortunate reality of this situation in the vast majority of cases. The situation does change slightly if you adopted the child as your own, but still, it’s a tough row to hoe.

When deciding on custody, the courts put the best interests of the child above other concerns.

Unless there are extenuating circumstances, that usually means keeping the kids with the biological parent.

Just because you get a divorce, that doesn’t necessarily mean step-parents can’t have a continuing relationship with the children. Again, this depends on the particular situation, especially the people involved and the nature of the relationship.

There are two common potential avenues:

Seeking custody of a child is difficult for anyone, especially if you’re not a non-biological parent. This includes step-parents, grandparents, and other members of the extended family. In order for this to happen, the court generally requires sufficient justification that they’re protecting the child’s health and well-being.

Difference Between Custody and Visitation

With these two potential avenues, it’s important to know the distinction between custody and visitation. They’re very different things and the court approaches each with a variety of factors in mind.

Legal custody means that the guardian—usually a biological parent—holds the right to make decisions for the child. These decisions cover all facets of their life. Where to go to school, which doctors to see, what religion they practice, and everything else falls to this person. If it involves maintaining a child’s well-being, it’s the guardian’s responsibility.

Legal visitation, on the other hand, means the court grants the noncustodial parent permission to spend time with the child. This can be either supervised or unsupervised, depending on the case. Visitation gives access to the child but doesn’t impart any decision-making authority as it does with custody.

In cases of biological parents, in most situations, the court views keeping both parents a part of the child’s life as in their best interests. Exceptions include cases of abuse or neglect, drug use, or when the child’s safety may be in question.

When making decisions on custody and visitation, the court considers many things. They account for established relationships, the potential benefits or drawbacks of a continuing relationship, any history of abuse, and the fitness of the people involved. This goes for biological parents, but also for step-parents.

A continuing relationship can benefit both you and a child. Step-parents invest time, love, energy, and financial resources into building stable, caring bonds with step-children. These are meaningful to all the people involved. When faced with divorce, the potential loss of this connection can be devastating. To both parent and child.

Odds are, the courts will leave the decision whether or not the child can see you up to the custodial parent. If you’re antagonistic and can’t communicate without fighting, that doesn’t bode well.

If you do have questions about your rights as a step-parent and the potential to remain in your step-child’s life, it’s probably in your best interest to speak to an experienced custody lawyer. They can address the specifics of your situation, give you an idea of your options, and tell you whether or not you even have a case.