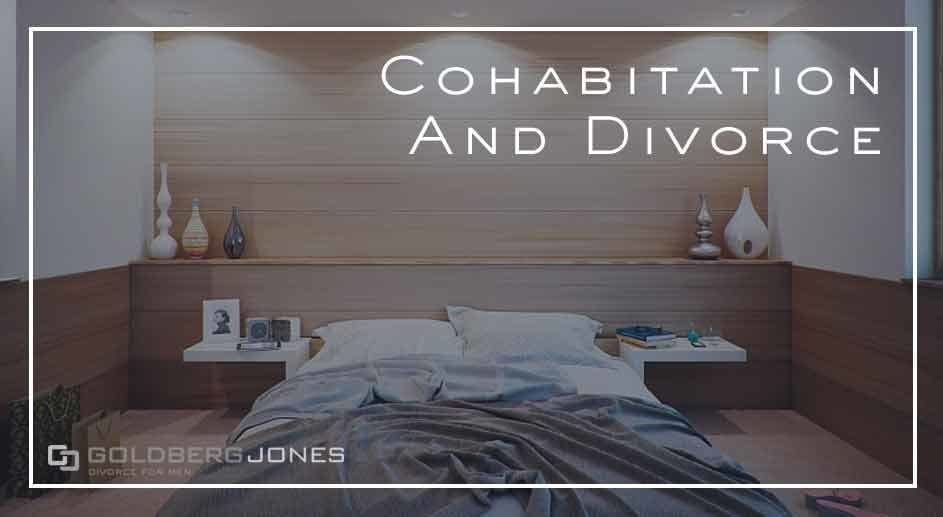 The number of non-married couples living together has risen steadily over the course of decades. Many people use this as a kind of practice run for marriage. It makes a great deal of sense in that regard. You learn ahead of time whether or not you and your partner are truly compatible and can stand to spend that much time together. What may surprise you, however, is that cohabitation before marriage actually increases the chances of divorce down the road.

A study from the National Center for Health Statistics (via The New York Times) examined survey data. Their findings indicate that marriages where the couple lived together before tying the knot were 6% less likely than if the opposite is true.

Check out our latest infographic on the subject. 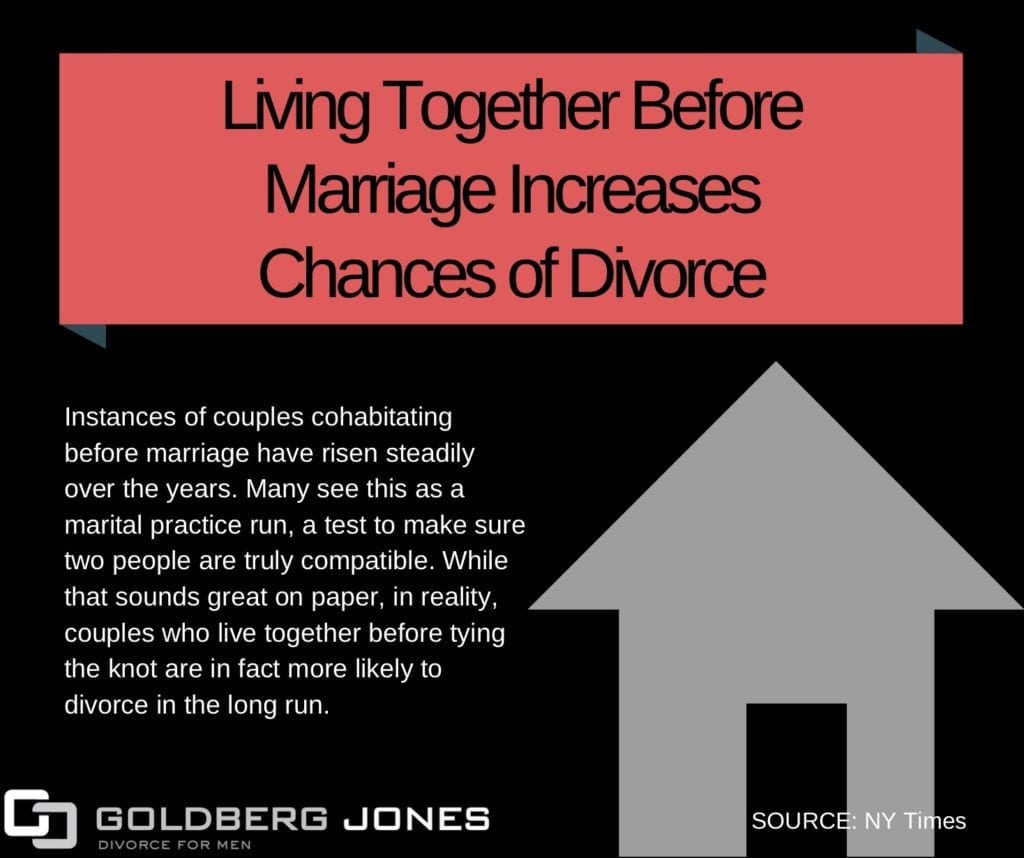 As with most situations, there are mitigating factors, as well as others that also have an influence. If both partners are college graduates, the subsequent marriage stands a greater chance of lasting. The same goes for couples who are already engaged before they move in together and those who have a baby eight months or more after the wedding. Older couples, those who marry after the age of 26, also have a better chance of their relationship standing the test of time.

As with most things of this ilk, there’s no one-size-fits-all application. Just because you live with someone before marriage, that doesn’t mean you’re doomed to divorce. In reality, it’s just one way to look at marriage and cohabitation, one which offers a different perspective than you might expect. How things really go, however, depends entirely on the people involved. No two marriages are exactly the same, so what happens between one couple isn’t necessarily what will happen for another.

If you need to talk to a divorce lawyer contact Goldberg Jones at our Portland office.

Related Reading: Should You Move Out During Divorce?