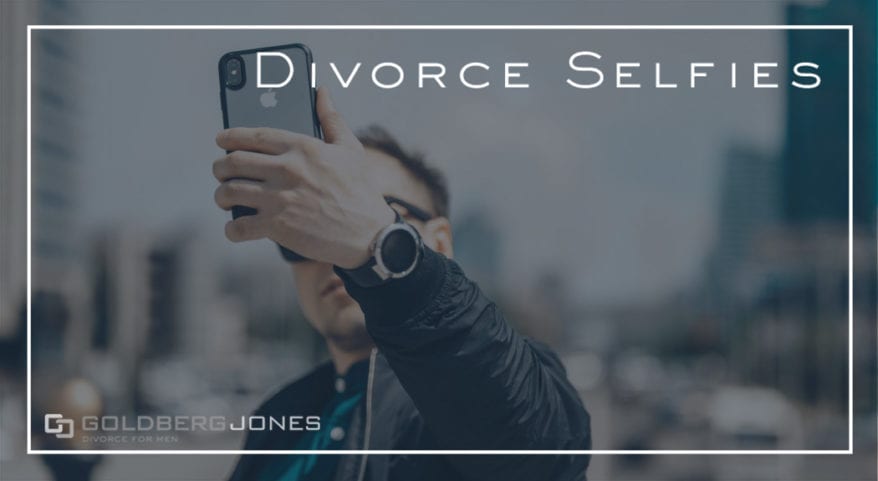 The selfie has become a ubiquitous part of our culture. It’s become so pervasive it spawned a category of accessories (the selfie stick) and sub-genres including the gym selfie, the car selfie, and the I’m bored selfie. Perhaps it was inevitable, but now we have divorce selfies.

Experts speculate that the rise of the selfie is a by-product of changing values and a cultural shift towards individualism. The emergence of the divorce selfie may also reflect shifting perceptions of divorce.

The Evolution of Divorce

The history of divorce stretches back to the 16th century and the Roman Catholic church. In the 1950s divorce carried a strong stigma. Couples who chose to divorce often faced ridicule, scorn, and disdain. Societal pressure to avoid divorce was just one part of the challenges faced when a couple ended a marriage.

In the ’50s, the courts only granted a divorce if one party could prove fault. This meant you had to present adequate cause for divorce before a judge. If neither party could show fault, the court would deny your divorce.

States such as New York, would only grant a divorce if you could prove adultery.

Related Reading: How is Property Divided in Divorce?

The Rise of No-Fault Divorce

The requirement to prove fault existed until 1969. That year, Ronald Reagan, then the governor of California, signed the first no-fault divorce bill into law. Governor Reagan’s bill has been cited as paving the way for other states to also adopt no-fault divorces.

According to an article published by HG.org:

“One of the principal outcomes of the no-fault divorce is that today, if one spouse wants a divorce but the other spouse does not, there isn’t much the resistant spouse can do to prevent it. Years ago when ‘fault’ divorce was commonplace, some divorces were simply not approved by the court because the other spouse offered a valid defense to the accusation of fault.”

No-fault divorces played a significant role in shaping the idea of the family structure well into the ’80s and ’90s. The archetype of the latchkey kid appeared as a societal norm via the mass media in the ’80s and remains a frequently occurring character.

The latchkey kid was a byproduct of the rise in divorce rates that occurred in the ’70s and peaked in the ’80s. The concept of divorce evolved significantly over these three decades; it moved from stigmatized to a more socially accepted status.

Changing social perceptions regarding divorce was accelerated by the widespread adoption of technology and social media. Both continue to impact divorce cases, so it’s no surprise people often use them to celebrate finalizing a divorce.

The emergence of platforms like Facebook, Instagram, and so many others, gave rise to social media as a tool for image crafting. As channels become more sophisticated, this has only intensified.

Social media is often the first place people turn when major life events happen. Good, bad, otherwise, it doesn’t really matter. As it continues to be a ubiquitous part of life, couples will continue to mark the end of their marriages with divorce selfies.

Related Reading: What Can I Do After the Final Judgment?