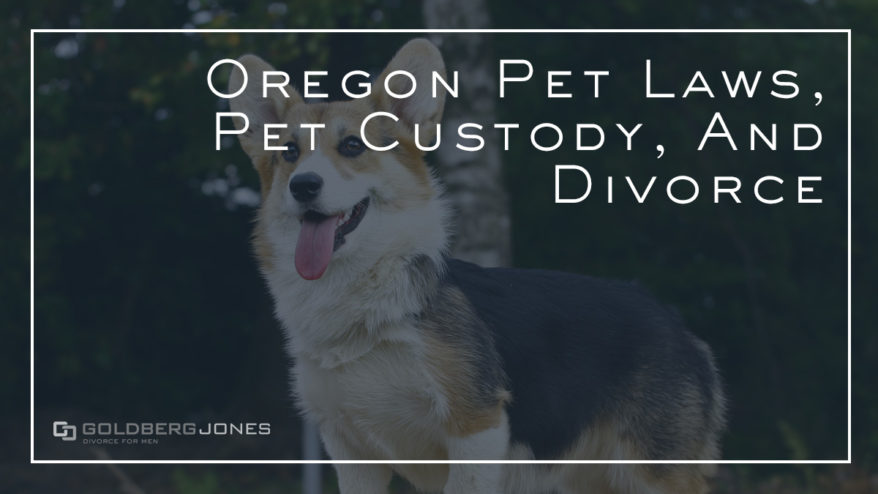 Many of us who own pets know they’re much more than just property. They may be valued members of our family and, in some cases, even surrogate children. The law, however, often views them as possessions and treats them as such in divorce. That is changing, however.

There is often a discrepancy between how animal lovers view their pets and how the law looks at them.

In a legal sense, the law considers pets like dogs, cats, horses, and all the rest, property. In this regard, they’re no different than a car, couch, or other possession.

Though pet owners ascribe them a much greater worth and importance, companion animals have a monetary value. In many divorce cases, the courts assign a dollar amount to animalsand treat them similarly to any other piece of property.

Ideas around pet custody have changed somewhat, and though it’s a gradual process, courts have recognized the significance of companion animals beyond a simple dollar amount.

In some cases, settlements account for the emotional loss pet owners experience. A handful of states have passed legislation that can award substantial monetary settlements for the loss of affection and friendship of pets. Continuously evolving, this is an interesting area to watch develop.

A recent case the State Supreme Court ruled on may impact how Oregon pet laws regard our animal companions moving forward. This could bleed over into divorce and pet custody battles.

The case at hand involves a Portland-area dog owner found guilty of starving and neglecting her animal. A veterinarian collected evidence for the case, drawing blood from the dog. The issue is that the vet acquired this evidence without a warrant.

Oregon’s high court ruled that dogs are not “mere” property, like a suitcase or other container. As such, they don’t require a warrant to examine internally.

In broad terms, this decision makes it easier to pursue criminal charges against animal abusers. It also represents a changing tide when it comes to how the law views animals.

How This May Impact Divorce Settlements

Custody battles involving children are often hotly contested cases. Increasingly in recent years, so are fights over who gets pets in a divorce.

While there are numerous legal precedents when it comes to determining where the kids end up, as far as pets go, even though these situations often involve similar emotions, the path is not as clear.

Traditionally, courts generally treat companion animals as property. On paper, they have the same status as an end table, lamp, or another asset to be divided in a divorce settlement.

Animals continue to play vital roles in many of our lives, and battles over pet custody are now commonplace. This isn’t going to change anytime soon, and as we continue to attribute significance to their presence, our pets’ legal status changes by degrees. With this latest case, it may be another step in that direction.

Despite the emotional value we give our pets, Oregon pet laws classify them as property. Courts can distribute them as such when it comes to cases of divorce and separation.

This varies a great deal from judge to judge and court to court. You can never be fully certain how things will go in a particular case. Some judges are sympathetic while others may view arguing over who gets the cat as a waste of time.

When it comes to determining who gets pet custody in a divorce, a number of things come into play.

Who fills the role of the primary caregiver may also factor into pet custody.If one spouse tends to the day-to-day needs of an animal, that can come into play. 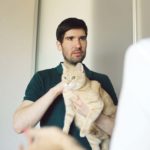 If you feed the cat, walk the dog, take them to the vet, buy their food, make sure they’re properly licensed and micro-chipped, and see to all of those necessities, it may figure into guardianship. As before, things become hazy if both spouses equally participate in this regard.

It’s even possible that the court, like with custody cases involving actual children, may take the animal’s best interests into account. If it’s clear that one spouse or the other is the better provider or the animal’s health and well-being may be in question, they may award custody on that basis.

As much importance as we give many of our companion animals, the topic of pet custody may figure prominently in your divorce. With their legal standing falling in such shadowy territory, you may want to take steps to protect your interests.

Entering into a premarital agreement is one way to make sure you retain custody of your pets. This is easier when it involves pre-existing ownership. But you can create a treaty that specifies where the animals end up.

Even if you and your spouse acquire an animal together, you can set up a custody plan ahead of time. That way, if your relationship crumbles around you, Oregon pet laws aren’t a concern, and your animals are taken care of. These types of arrangements may not always be 100% legally binding. However, the court may take them into account during the division of property.

Other options to explore include arbitration or mediation. 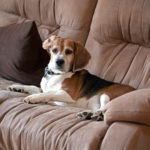 Some judges won’t want to hear this type of argument. So this route may provide the opportunity to more fully present your case to retain pet custody than in traditional divorce proceedings. You may be able to concede certain assets and come to an accord with your spouse.

As with human children, shared custody with visitation rights is also a possibility.

You and your soon-to-be-ex may be able to hash out an informal agreement. Again, this may not be legally enforceable, but if both parties are willing to play ball, this is an option.

In a legal sense, the area of pet custody doesn’t always reflect the current social standards. This is changing in a number of ways, illustrated by the mentioned case in Oregon. For the most part, however, Oregon pet laws designate Fido and Mr. Kitty property. Because of this, courts most often treat them that way in a divorce.

Many attorneys have found creative ways to argue the relative value of companion animals in a legal arena. Though attitudes and laws continue to shift, it’s a gradual process.

If you form close emotional connections with your pets, you may want to take steps to ensure they remain in your care in the case of divorce.