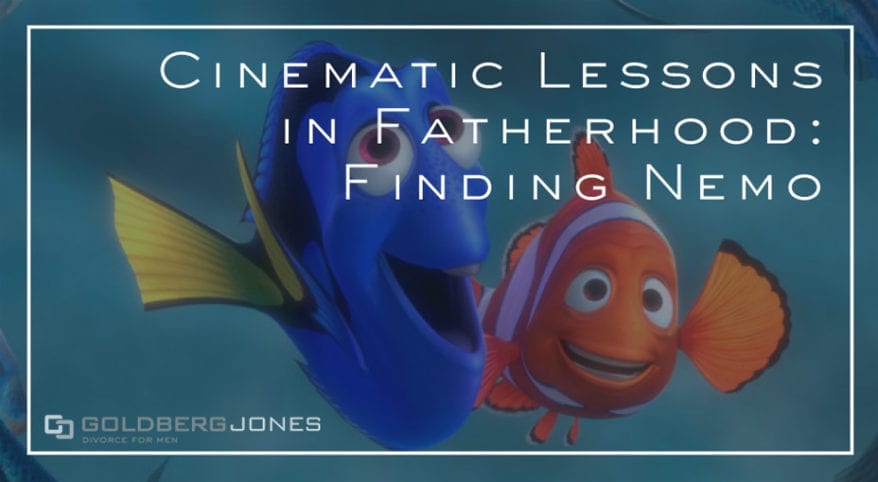 Even facing off against stiff competition, Pixar’s Finding Dory ruled the box office when it was released in 2016, winning plenty of critical acclaim in the process. As much love as the film received, it’s easy to forget the fact that it’s a long-gestating spin-off of 2003’s Finding Nemo. The earlier film became a modern classic and also happens to have one of our favorite movie fathers of recent years.

Voiced by the perfectly cast Albert Brooks, Marlin is not the father you expect to embark on a heroic, epic, transoceanic adventure. First off, he’s a fish. An ocellaris clownfish to be precise. Not someone you immediately expect to save the day. Or, you know, even get married and start a family for that matter. However, clownfish are apparently monogamous.

Marlin isn’t a badass. Clownfish are not known for being particularly feisty, robust, or brave. This species is, after all, also known as the common clownfish. Basically, they’re not known for toughness, though they can be territorial. Overall, he’s just a normal guy, raising his son, the titular Nemo, on his own after losing his wife.

This is something many people out there can relate to. Except for the part about his wife being eaten by a barracuda. I’d say having firsthand experience with that is rather unlikely, but hey, I don’t know your story.

He’s just a father trying to do his best, but not always nailing it. Like when he embarrasses his son on a school trip by giving into his overprotective instincts. Who amongst us is perfect? Most of us are feeling our way through fatherhood, trying not to screw up too spectacularly.

When Nemo goes missing, captured by scuba divers only to wind up in the fish tank of a dentist’s office, the situation compels Marlin into action. He’s an everyman, or an everyfish as the case may be. A normal father, with all of the strengths and failings inherent in that position, extreme circumstances pushed him to great lengths.

It’s a simple formula really, one we’ve seen play out in countless movies over the years. Marlin isn’t exceptional in any way, really. And that’s the point. Wrapped up in Pixar’s spectacular digital wizardry are humor and heart like few other recent movies, animated or otherwise. Finding Nemo is a story that many fathers can see themselves in.

We’d move heaven and Earth if our kids were in trouble. While not every situation is as dramatic as traversing an ocean to rescue our children from giant abductors who keep them in glass cases for public display.

We regularly leave our comfort zones, abandon the cozy little corners of the world we’ve carved out for ourselves, and even put ourselves in harm’s way without a second thought when it comes to our offspring. Which is precisely what Marlin does when he heads out into the unknown dangers of the open ocean.

Finding Nemo proves not every cinematic father has to be a heavily armed former military specialist with the means and training to pull off an explosive rescue mission.

Most of us are nothing like that after all. But we still go to extraordinary lengths to protect and care for those we love. It’s nice to be reminded that average, everyday fathers like us can still be heroic from time to time when the need arises.