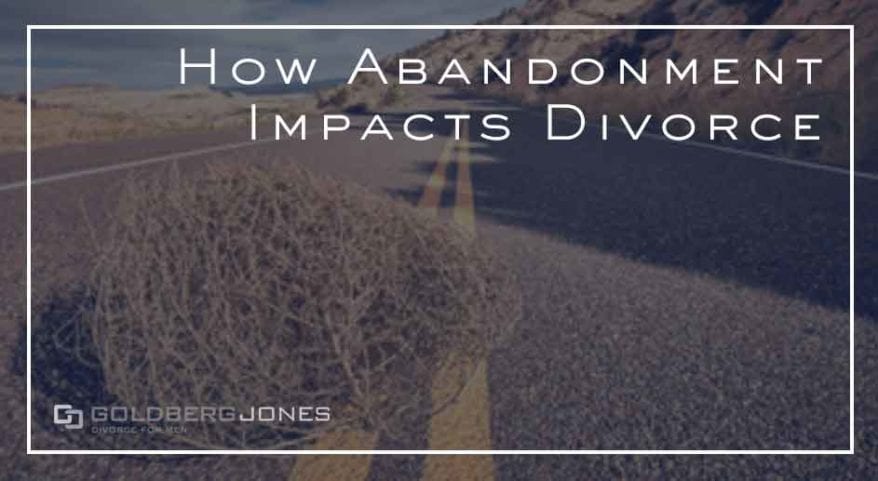 People divorce for all kinds of reasons and each case has an individual story to tell. Sometimes it takes the form of a gradual breakdown, other times, spouses separate well ahead of the actual divorce. And occasionally, one party simply up and leaves. This is where abandonment becomes a factor.

What Constitutes Abandonment In Oregon?

Most people probably think of it as physical desertion, as one spouse taking off and not coming back. That certainly plays a part but doesn’t show the whole picture.

Just leaving for a period of time—for example, a week, or even a month, after an intense fight—doesn’t automatically constitute abandonment. Neither does a month of missed child support here or there.

In order for the court to consider this situation abandonment or desertion, it must continue for an extended period of time. The absence must also be permanent and without the consent of the other spouse.

A number of elements must play into the situation to constitute abandonment.

Most states require an absence of at least a year. It can’t be a mutually agreed-upon decision. During that time, the absent spouse must fail to pay support. Additionally, the remaining spouse must not have caused the departure—for instance, fleeing from physical abuse doesn’t count.

Related Reading: What are the Grounds for Divorce in Oregon?

Oregon is a no-fault divorce state. This means that in order to dissolve a marriage, there’s no need for one spouse to assign blame or to prove the other was in the wrong.

All that needs to happen is for one spouse to proclaim the marriage irretrievably broken and that no hope for reconciliation exists. As long as you meet the residency requirements and follow the proper procedure, you’ll get your divorce.

While abandonment may ultimately be the root cause of a divorce, it may not end up the cause, legally speaking. In Oregon, the only basis for divorce is “irreconcilable differences.”

Some states require a couple to live apart for a period of time in order to grant a no-fault divorce, but that’s not the case in Oregon.

Though abandonment doesn’t wind up the reason written down on your divorce decree, it does still have a significant impact. Especially when it comes to child custody and divorce settlements.

Related Reading: Can You Get Divorced If You Can’t Find Your Spouse?

Leaving children behind doesn’t put one in contention for parent of the year. When one spouse physically abandons children, leaving them in the care of the other parent, it creates a situation where the remaining parent has custody by default.

While not an official, permanent custody order, this scenario often results in court-sanctioned guardianship.

In cases of abandonment, it’s hard to show a strong, stable bond between parent and child. During a prolonged absence, the de facto custodial parent can also seek divorce and attempt to gain sole custody.

In certain instances, the court may even terminate a parent’s rights in the cases of abandonment. If a parent avoids contact with the children or refuses to pay child support, rights may be cut off.

Again, a missed month of payments here and there or a week’s absence won’t do the trick. This must be a prolonged, definite pattern.

Ending a parent’s rights is a serious, not to mention a permanent decision. The courts don’t take such rulings lightly, and you must prove it’s in the best interest of the children.

Related Reading: How to Prepare for Your Initial Divorce Consultation

Abandonment and similar issues don’t usually play into areas like the division of property. Factors take precedence, like financial need, child custody, the length of the marriage, future job prospects, and other considerations that lead to financial hardships.

Though on the surface the idea of abandonment appears straightforward, it often serves to further complicate matters in divorce. It has a number of impacts and influences on the process and further muddies the already cloudy legal waters.