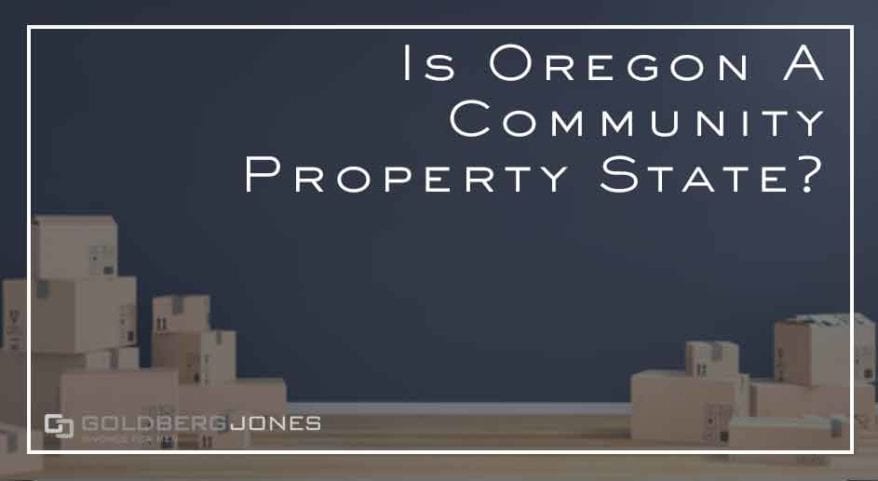 We hear this question often: Is Oregon a community property state?

The short, quick answer is no, Oregon is not a community property state. Oregon follows the equitable distribution model when it comes to dividing property in a divorce.

But what does that actually mean? Especially for you and your case?

The division of property in a divorce has a substantial impact on your financial situation moving forward. Regulations vary a great deal from one state to the next, so where you live also influences this step. For this reason, it’s vital to be aware of how state laws will affect you and your settlement.

What is Community Property Vs Equitable Distribution?

Our West Coast neighbors, Washington and California, both do use the community property model. The rest, including Oregon, use equitable distribution statutes.

But what are the differences and how do they impact divorce settlements?

Community property states view all property and debts acquired during a marriage as belonging equally to both spouses. The law presumes joint ownership, no matter who acquired a particular asset.

For example, if you buy a car, even if only your name appears on the title, the law presumes it belongs to both spouses.

In the case of divorce, the court uses this to divide property. This does not mean they split everything equally, it simply means these assets are up for division.

Related Reading: How To File For Divorce In Oregon

As opposed to community property states, equitable distribution views the property as belonging to the individual spouse who earned or acquired it.

When it comes to divorce, no set rules for the division of property exist. The court divides the assets between both parties in a fair and equitable manner. The two sides sit down, usually with attorneys, judges, or mediators, to determine the ideal way to split up the marital property.

In both equitable distribution and community property states, while methods may be different, the general idea is for each spouse to emerge on relatively equal footing.

Additionally, the goal is for both to maintain a standard of living similar to what they enjoyed during the marriage.

It is possible for spouses to work out how to divide property on their own. If both sides come to an agreement, the court will generally accept it, unless it skews drastically in favor of one party. Even once the courts get involved, you can make a case for ownership.

Divorce also treats debt like any other piece of property. If it was accrued during the marriage, it’s viewed as marital property. Financial obligations are split up based on the ability to pay and who is most responsible. If it was preexisting, however, it remains the responsibility of the spouse who picked it up in the first place.

Knowing that Oregon is an equitable distribution state, not a community property state, is a good starting point for understanding the process.

Related Reading: An In-Depth Look At Property Division In Oregon