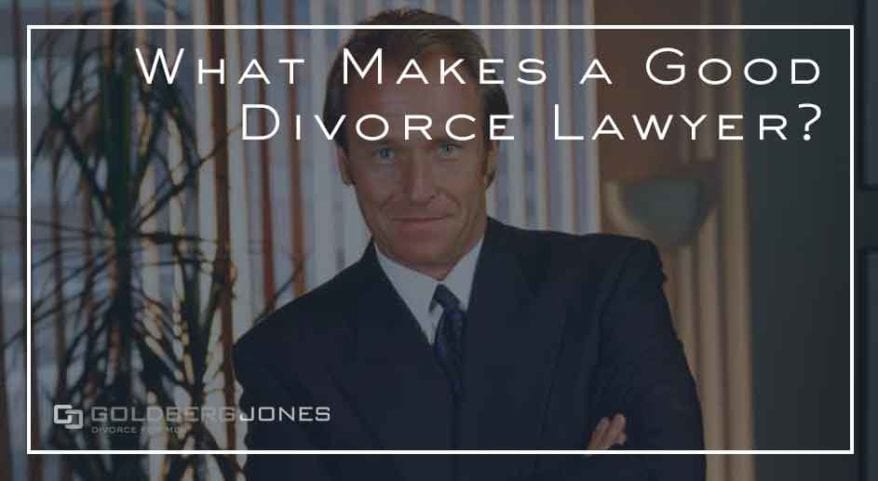 Ending a marriage often becomes a long, trickly process. If you can afford it, hiring a divorce lawyer serves your best interests. But what makes a “good divorce lawyer?”

Think about all the lawyers you’ve seen on TV or in movies.

We could rattle off the names of fictional attorneys from movies, television and John Grisham novels for hours. We’re lawyers and many of these characters inspired us to join this profession. When we think about it, though, hardly any of these iconic characters were divorce lawyers. Even the buffoons like Dan Fielding from Night Court and Franklin and Bash were prosecutors or criminal defense attorneys.

AThe only famous fictional divorce lawyer that came to mind was Arnie Becker from L.A. Law. We guess it could be argued that Lionel Hutz from The Simpsons practiced family law. But he also practiced every other kind of law as well and wasn’t good at any of it.

So how well did Arnie Becker, played by Corbin Bernsen, represent divorce lawyers?

From a dramatic television kind of standpoint, he was awesome. He was the first character introduced in the premiere episode and you got a sense of the kind of moral ambiguity he brought to the role when he called “dibs” on one of the other partner’s offices as they rolled his body out of it following a fatal heart attack. He was successful as an attorney but lived almost entirely in the gray areas when it came to following the law and rules in general. There wasn’t much he wouldn’t do in pursuing romantic conquests and career success. The show ran for eight seasons and Arnie never improved much as a human being.

He teetered on the brink of self-destruction from his behavior and choices right until the very end. In short, while he didn’t really do much for the public image of divorce attorneys, he was definitely fun to watch.

We don’t know how many of you reading this ever actually watched the show. It certainly made an impression on us, and if you were alive and had even a passing awareness of pop culture between 1986 and 1994, you were most certainly aware of its cultural footprint.

The show was applauded for showing a realistic view of lawyers and Harry Hamlin, who played Michael Kuzak, once stated on the Tonight Show that he regularly received fan mail from real lawyers stating that they used his character as inspiration when preparing their closing arguments. Johnny Carson seemed impressed with that, and impressing Johnny was no easy feat.

Unfortunately, most of the accuracy wasn’t always on point. Arnie Becker was a total, unrepentant dirtbag who couldn’t possibly be further in character from most divorce attorneys we know. When you think about it, the show doesn’t even cast non-series regulars who pop up from time to time on different shows playing divorce attorneys in a favorable light.

So why does Hollywood seem to either ignore or throw shade at our profession in almost every situation?

We’ll indulge in a little speculation for a moment. Could it be because, as we all know, life is different in Tinseltown and marriage has a short shelf life for many of its occupants? If you’re a Hollywood writer, producer or show-runner, you may well have encountered a fierce divorce attorney during the dissolution of your own marriage and you may have an ax to grind.

If you look at the history of Hollywood, the majority of the interactions between power players and their spouses’ divorce attorneys haven’t gone very well for them. As we said, this is just speculation but in lawyer-speak, the facts and evidence make a strong case.

So what does a good divorce lawyer look like in the real world?

In reality, what makes a good divorce lawyer varies from one case to the next and depends on the specific circumstances. What’s best in one situation may not suit another.

Still, there are common things to look for. There are many factors to consider when looking for a good divorce lawyer for you and your case.

Related Reading: 3 Major Factors that Impact the Cost of Divorce

Let’s look at the top five:

So there you go. If you’ve never had to hire a lawyer before and you’ve realized there aren’t even very many fictional divorce lawyers available to look to for ideas, this should give you an idea of what to look for. The right lawyer is your metaphorical life preserver in the stormy sea that is divorce.